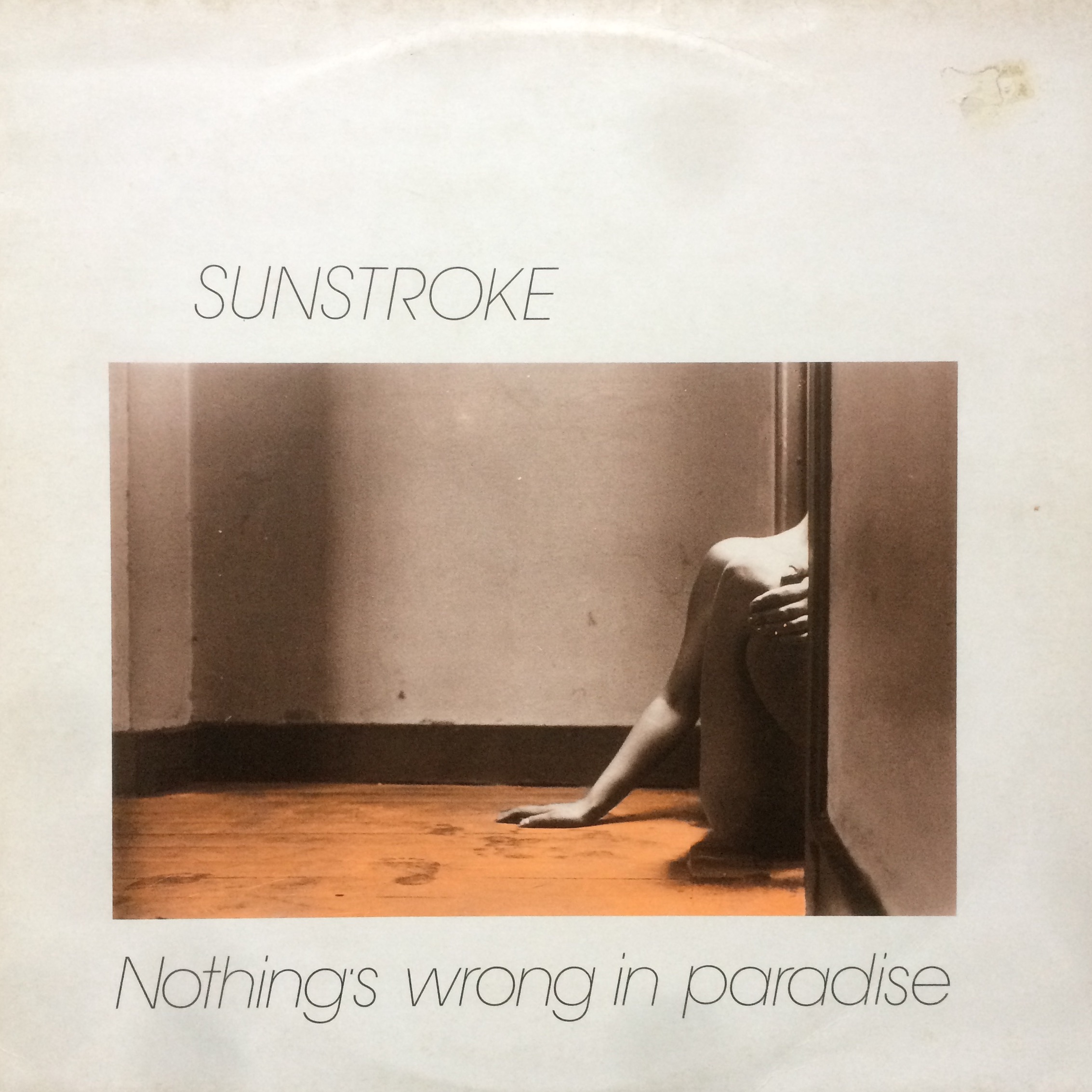 I first heard music by Sunstroke via Nosedrip, who posted the title-track of Sunstroke‘s only album on his YouTube channel. The tune instantly bewitched me. By chance, I stumbled across the record a few days later in a record fair and did not even bother to listen to the other songs on the album. I was probably expecting the title-track to be the only really interesting song on this LP and that the rest would sound more like « classic » new-wave, as it’s often the case with this kind of record.

When I gave it a proper listen, I realized how wrong I was. The whole record is made of five superbly produced and highly emotional instrumental pieces. Nothing’s Wrong In Paradise is mainly the work of Ben Bollaert, and it’s probably the only album he released.

Bollaert has been helped by a staple figure in the prog/fusion scene in Ghent, Etienne Delaruye, that some prog-heads may know from the band Kandahar, who composed some of the tunes on the LP. There is quite a wide range of instruments that are being played on this record, and it is quite hard to say who plays what.

Most notably, someone is playing the cello on a few songs, including this one, Boat People, and blending this instrument with electronic instruments is something we really get the bug for. Boat People sounds like a kind of march, with its martial drums, looking toward the East, as its name sadly suggest (Boat People is the name that was first given to migrants fleeing from Vietnam).

Both uplifting and sad, Boat People reflects the shades of this superb record, a moving soundtrack to a film that never was.