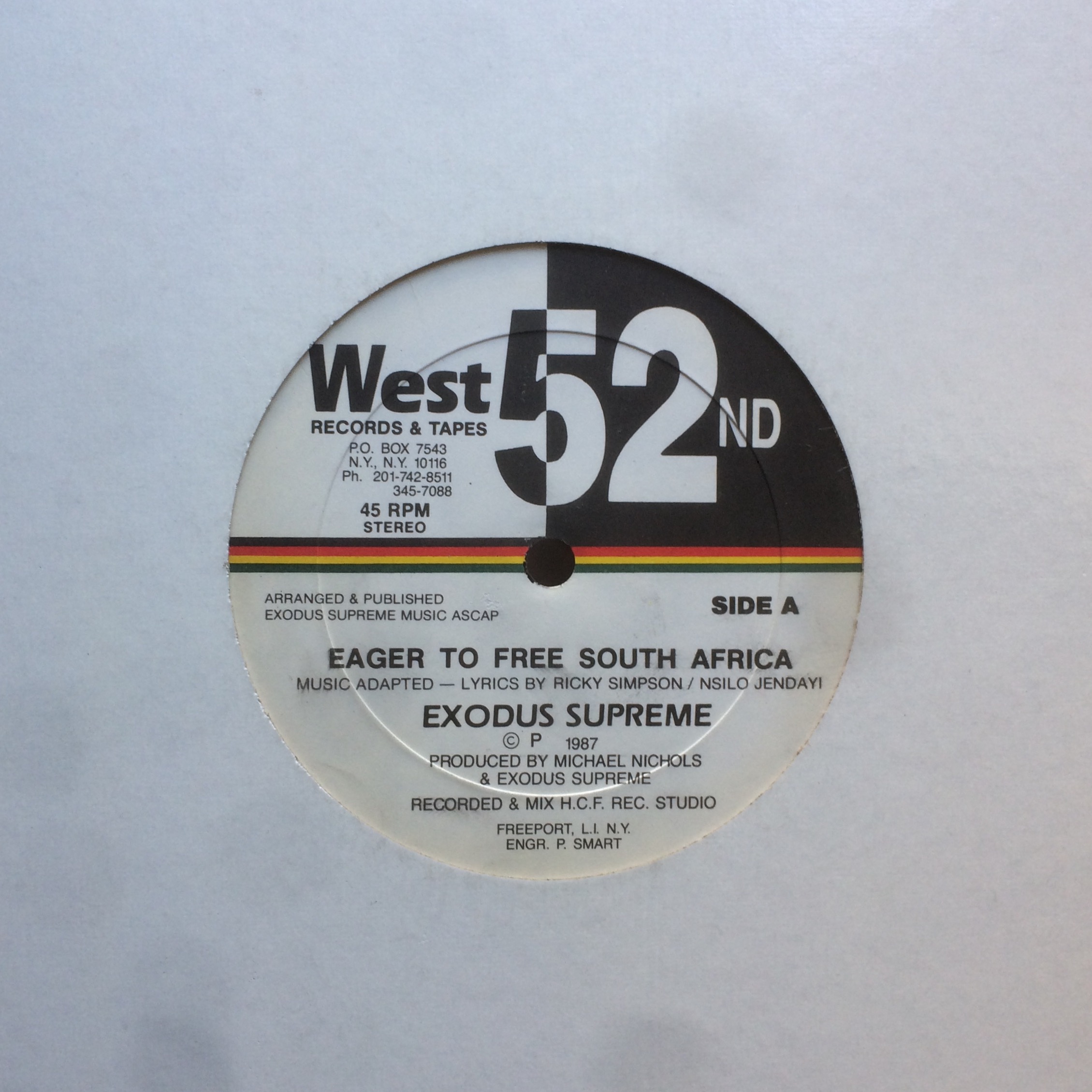 What a heavy one it is, isn’t it ? Exodus Supreme, during their long career (the band is still active), developed a thumping sound, but this politically engaged tune might be their biggest banger. Obviously, Eager To Free South Africa is a reggae joint, but, more than that, this song also showcases the fusion aspect of the band’s music.

Though many of the musicians were Jamaican, the band produced most of his songs in New Jersey. While their previous recordings sounded more like « classic » reggae, this 1987 tune already bears the influence of the different musical genres the musicians were exposed to in mid-1980’s NYC, especially funk, jazz-fusion (the guitar solo) and, even more obviously, hip hop.

It also seems that this peculiar song in Exodus Supreme‘s discography is the most political engaged one. the lyrics as well as the title are absolutely not equivocal. It is quite interesting to point out that it reflects a then very contemporary concern from (mainly black) musicians about the racial and political situation in South Africa (let remind one that Apartheid was only abolished in June 1994…). Among the most commercially successful records mentioning these issues is Miles Davis‘s groundbreaking Tutu, released a few months before Eager To Free South Africa, featuring tunes like Full Nelson (Full Nelson is Nelson Mandela) and which title refers to Desmond Tutu…