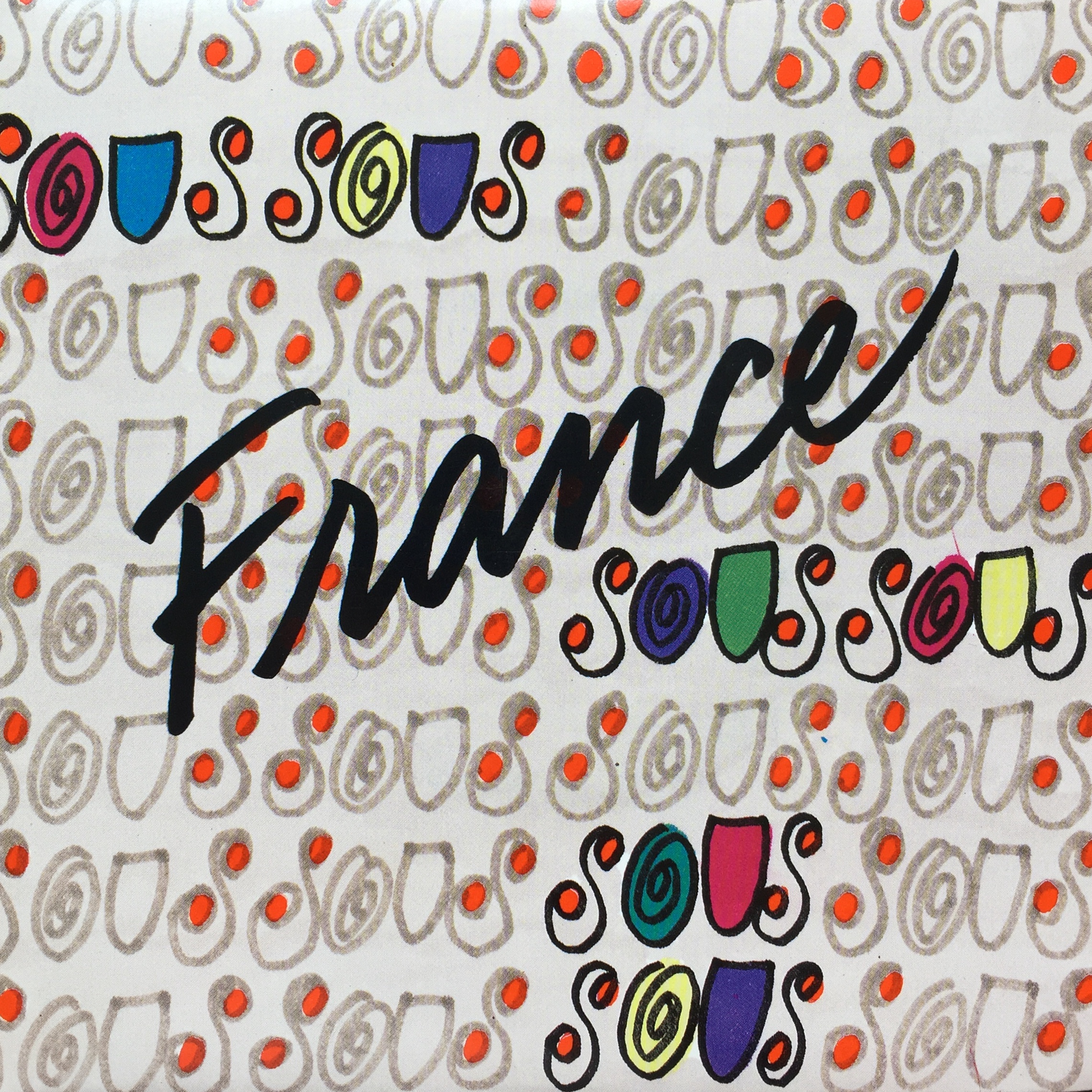 « Pitched-Down Proto-Trance with a Dub feel », that’s probably how one could introduce the second installment in our improvised tour of the Euro House Zone. Once again we’re making a stop in France. Or is it in Sheffield ? Wait ? What ?

Let’s take it from beginning. In 1989 Sous Sous was a minor novelty hit in France, featured on « Summer hits » kind of compilations (French people, it was actually on one of those « NRJ » compilations we all bought at some point in our life) . It really bears all the elements of the insupportable summer novelty hit: nonsense lyrics sung by an annoying teenage girl casted by some shady producers, an abundant use of house gimmicks (silly samples), a nerve-wracking silly melody  (as played by a bad sounding digital trumpet, obviously)… Check it out if you dare to!

However, the story doesn’t end here. Flipping the record gives you access to a suspiciously too well produced dub version of the song, without any vocals… Flip the sleeves in search of some info and here you go: Sous Sous was produced in Sheffield by none other than Sheffield legend Robert Gordon (and by Sheffield legend I mean co-founder of Warp Records)!!

What is this dub version worth? Well, it’s an outstanding example of an insanely well produced early rave tune from the north of England. In other words, it’s some sort of  blueprint for what would become the signature sound of early Warp classics: a mental groove in an industrial world and a cold, hard  yet genuinely psychedelic atmosphere under the influence of dub culture. Warp heads know what I’m talking about.

I uploaded it at 33RPM +6 to make it more 2019-friendly, but the original version is already super tight. I have to say that this slower version gives credit to the high level of details of Robert Gordon‘s production, especially in the second part of the song. Big in the club…