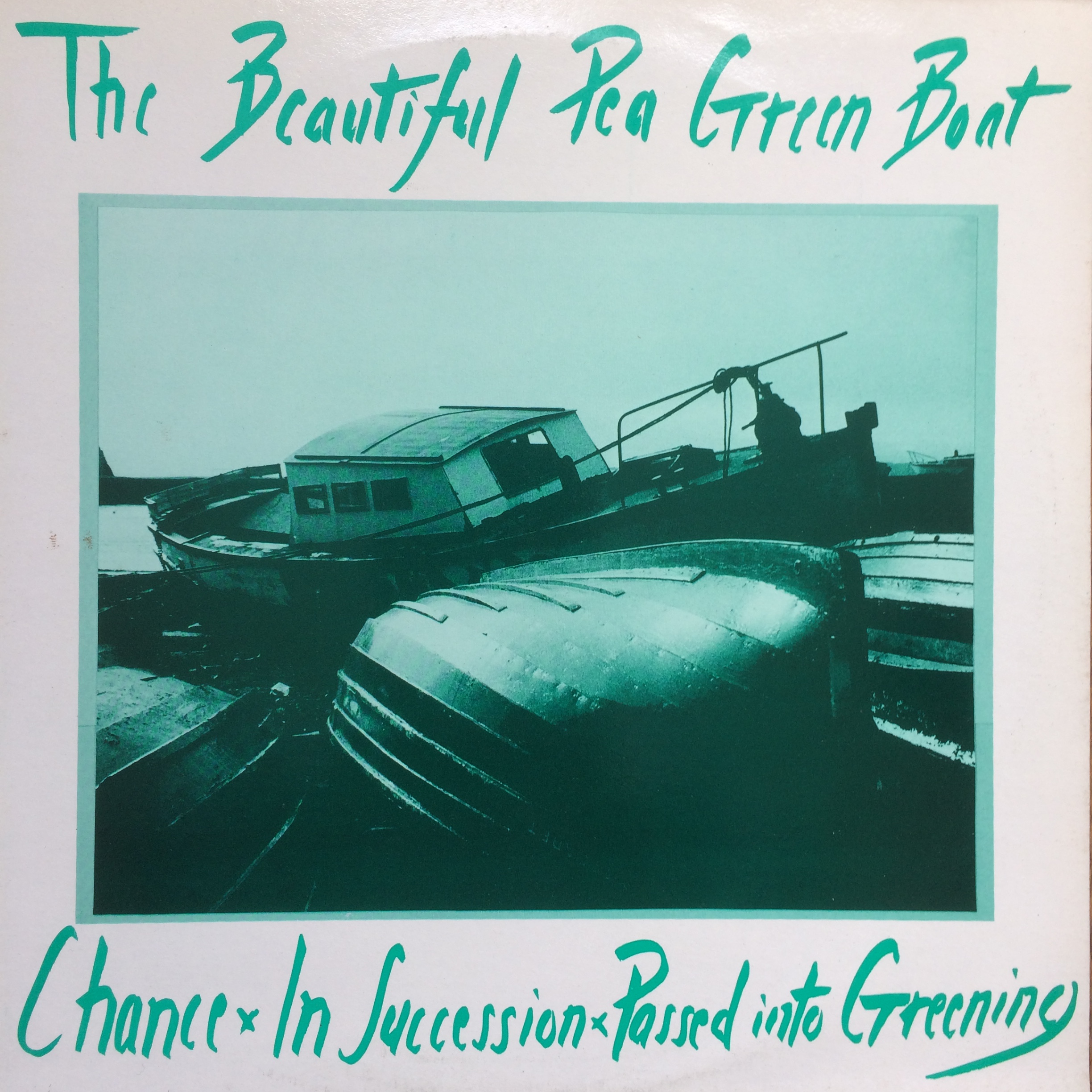 AS BEAUTIFUL AS A GREEN PEA

Why are we fascinated by the music produced by young musicians in the 1980’s-1990’s ? Maybe it’s because we can hear, when listening to their music, the fragile confidence which led them to record even the most experimental ideas they had in mind. It is just our opinion, but we sometimes feel that the huge amount of information available to everyone – thanks to new medias – seems to prevent this kind of naive initiatives from happening today…

The Beautiful Pea Green Boat‘s first EP doesn’t hide the influences that brought the young band members together in a studio in Edinburgh  : Vini Reilly‘s signature evasive guitars and minimalistic drum machine patterns can be heard on In Succesion, as well as some fragile juvenile  female vocals and, of course, a very British bitter-sweet melody.

Washed away by the waves, near some deserted pier under a grey sky , the music on this privately released 12″ prefigures the Indie rock explosion in the UK but also provides more experimental moments with the 9 minute long Chance. We decided to upload the moving In Succession for its evocative power, recalling the turmoils of a teenage soul. With this song, Heather Wright‘s voice allows her to share, with her musical companions featured on Sky Girl, a bit of eternal youth.

2 réflexions sur “AS BEAUTIFUL AS A GREEN PEA”