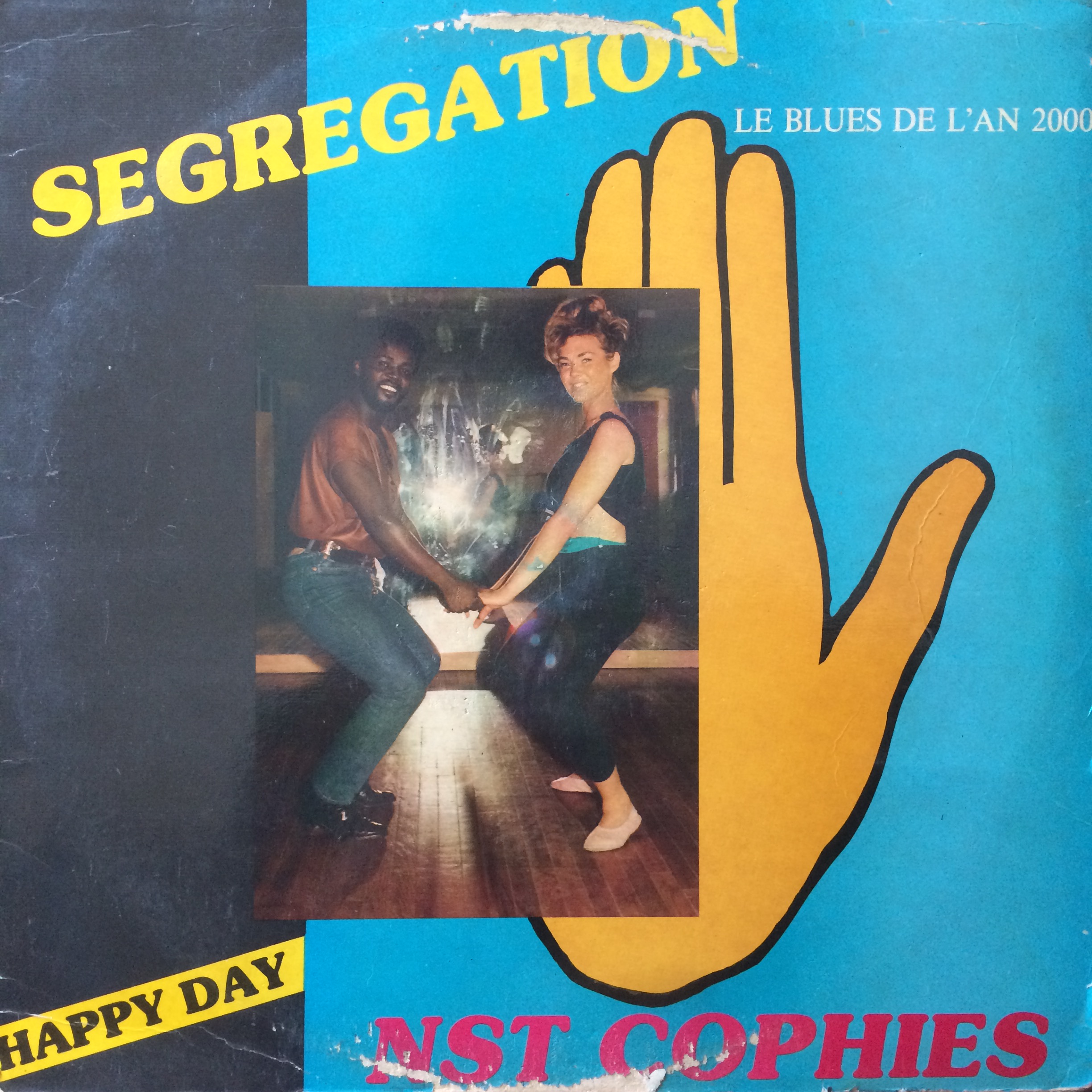 Did Ernest Koffi planed on making a hit when he wrote this groovy as hell anthem against racism ?  That is not so sure when you take into account the fact that he privately released it as well as all of his previous albums… Then, why did he make this super egocentric website (http://www.nstcophies.com/)?

Anyway, Segregation is his strongest song in our opinion, if not one of the best boogie tunes we ever heard from Ivory Coast !

To mention two highly fashionable tunes from the same periode, Segregation stands right between Preface‘s Palace Hotel and Milton‘s Mizik Nou. It got that super effective mid-1980’s French Boogie feel and a somewhat tropical twist that really turns this song into a banger. Add to this that the lyrics, in French, are super great, dealing with the question of racism… A great musical testimony from the « Mitterrand-era » !