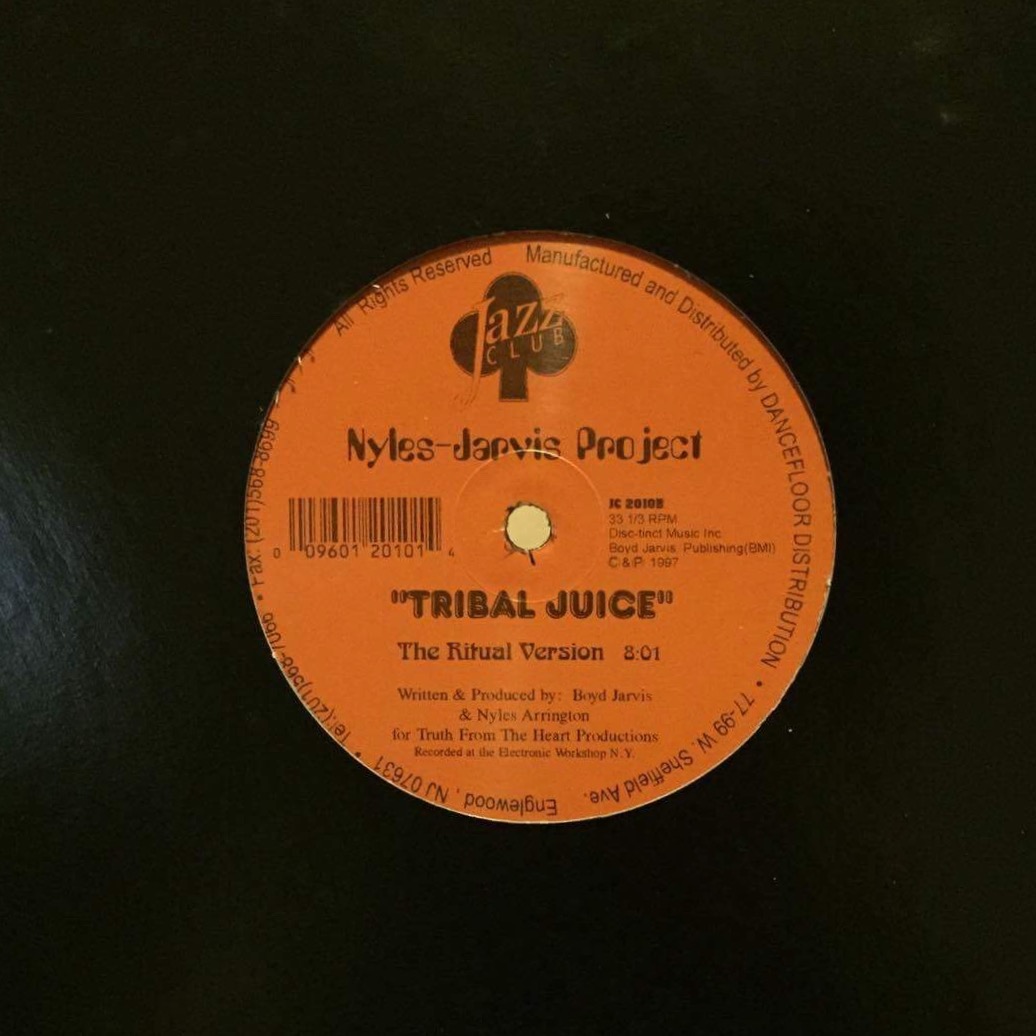 Nyles-Jarvis Project was a very short-lived project – as only three songs and their various mixes were released under this moniker – by Nyles Arrington, who had a few house hits in the 1990’s, and Boyd Jarvis.

Concerning Jarvis Boyd, as someone wisely put it on Discogs, he is « an architect of house and a great musician,and most of all ,a great friend ». Though we can’t really confirm that last part, the rest is absolutely true, considering that the man played on records by Colonel Abrams, Evelyn « Champagne » King or Herbie Hancock, and that he collaborated with the likes of François K. or Joe Claussell… Do we need to say more ? Add to this that the first time we encountered his name, it was on a killer house mix of Sade‘s I Couldn’t Love You More, and it was many many years before Florian Kupfer‘s SAD EDITS…

Let’s get to the track now : it definitely keeps the promise given by both the title and the name of the mix, which feature both the word « Tribal » and « Ritual« . This 8-minute long jam begins with a long introduction, filled with samples of didgeridoo, incomprehensible incantations, and sophisticated but dry rhythm patterns. Then, an ominous organ riddim give us notice of an imminent kick. From then, the housy trip begins, a very generous one we must say, with a lot of « tribal » elements going in and out of the mix, partly crafted by a true master of House music.