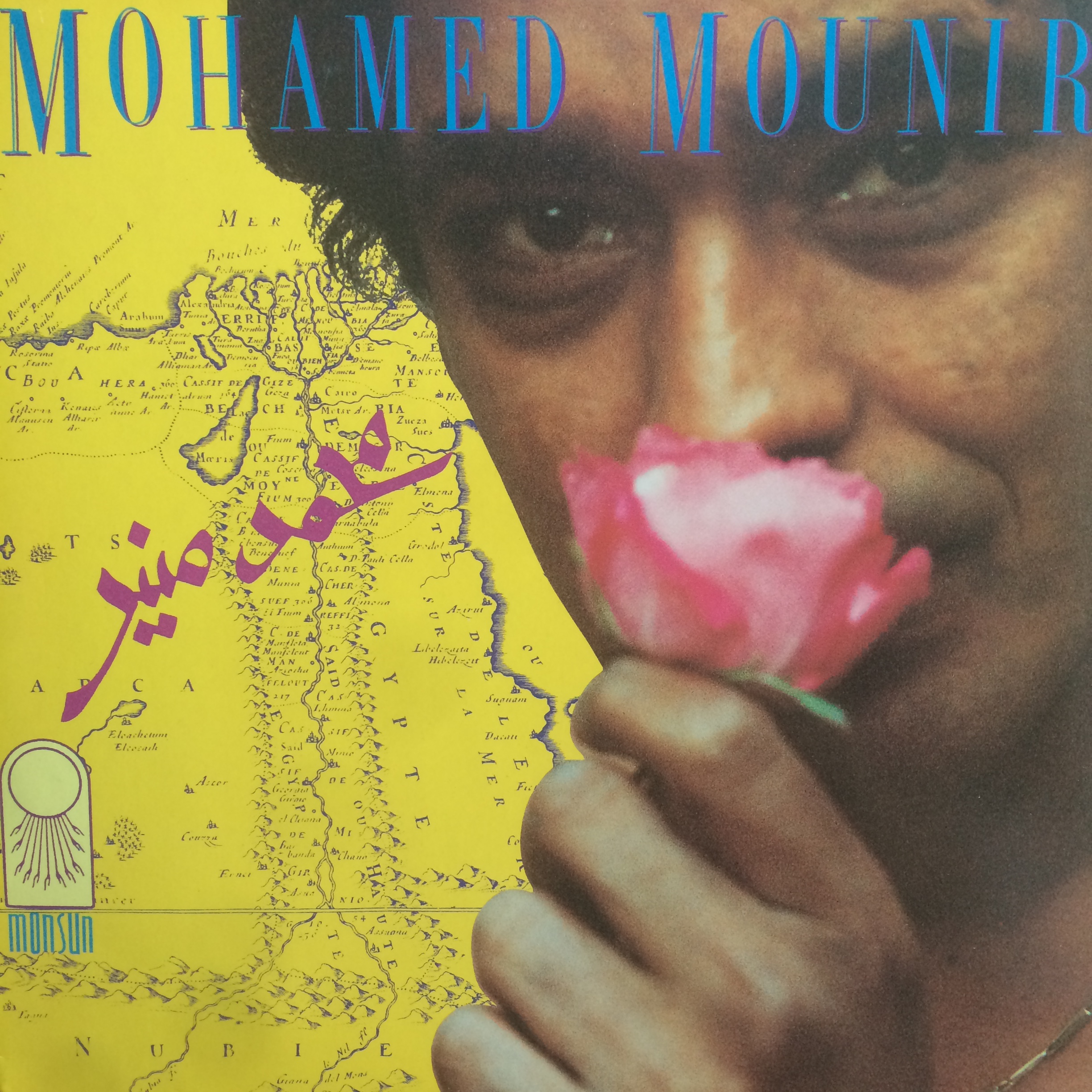 THE PURPLE ROSE OF CAIRO

Though pretty unknown in Europe, Mohamed Mounir is a huge star in Egypt, as suggests the nickname given to him by his fans: El Malek, the King. This lack of popularity in Europe can be explained by the fact that most of his music was released on cassette on domestic labels, like Slam, and that Mohamed Mounir‘s eponymous compilation, released in 1989 (12 years after his successful 1977 debut album) on German label Monsun, is the only record featuring the music of the Egyptian musician.

In 1983, that is to say 5 years after releasing his first album,  Mounir met the members of the famous krautrock band Embryo, which was then touring in Egypt. This meeting was essential in the evolution of his music as the musician, who has developed a growing interest for « Western » music, would later hire Embryo‘s Roman Bunka and Edgar Hofmann to play on one of his albums, Ektalami. Paradoxically, the German musicians were hired as oud and nay (arabic flute) players. In fact, by working with these two musicians, Mohamed Mounir was aiming at creating a new sound rather than just trying himself at western pop music: a third way in which Egyptian traditional music would accurately meet pop, jazz and funk.

Considering Mounir‘s approach to music, it’s hard not to think of Ahmed Fakroun, who claimed that his music was the meeting point of two different musical traditions. In fact, It doesn’t only remind us of Fakroun on paper, the sound of Batib Aleki – a political song taken from his album Ektalami – also shares a lot with the productions from the Libyan musician, musically speaking.

Heavy synths, a slow and nagging groove, super funky breaks, Mohamed Mounir gives us many beautiful songs, always featuring an extremely warm sound. Batib Aleki (I Accuse You), is one of them and possibly the most moving one on this mind-blowing compilation, which only makes us want to hear more from him.