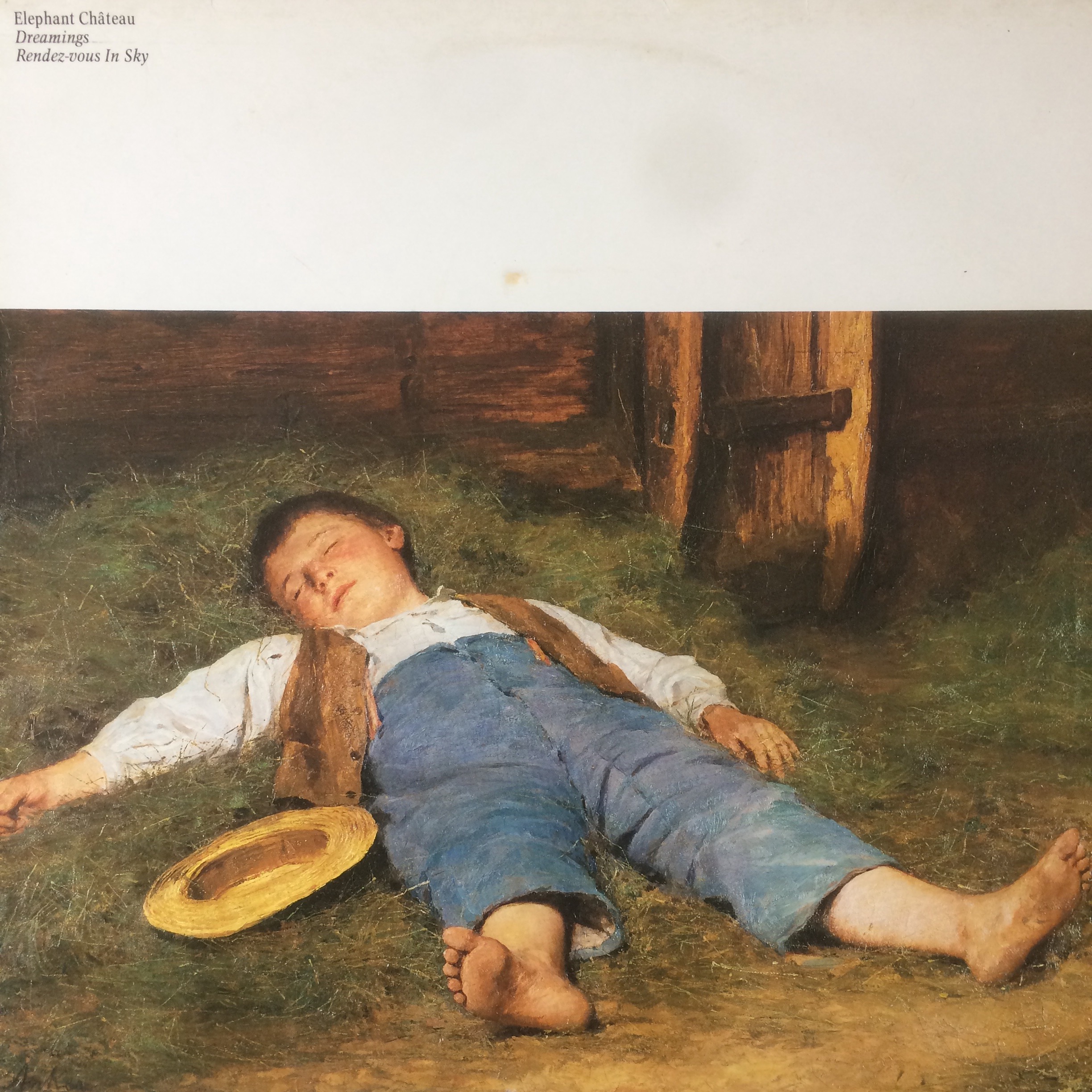 Years ago, when I was still in high school, I stumbled across a CD-compilation called Swiss Wave in a record store. The name was very appealing as before that day I did not know anything nor did I even think about music produced in Switzerland. I didn’t have the money to buy the CD, but took a picture of the back cover, eager to listen to the music that was hiding behind such intriguing names. When I got home, I googled names like Claudine Chirac or Grauzone and what I heard blew my mind: Eisbaer was on repeat mode on my iPod, I spent hours watching Yello’s videos, Born Bad reissued Stephan Eicher’s debut album and Switzerland earned its place on my mental musical map.

When I saw Elephant Château‘s record at a car boot sale, all these memories came back to mind. Many elements made this record likeable at first sight, from the Peter Saville-esque artwork, to the surrealist name of the band and the highly evocative ones of the label and the songs. When I listened to the record, the music matched both my expectations and the setting perfectly (a sunny field in the middle of the French countryside): an otherwordly voice speaking about pink flamingos, backed by a nagging rhythm machine pattern and soon joined by an ethereal choir and a nonchalant saxophone.

Retrospectively, what might be the most important thing about this record – apart from its quality – is how much of a snapshot of Zürich‘s alternative scene in the late 1980’s it is. Produced by Zürich-based artist Christof Vetsch (who, I assume, is the brother of Elephant Château‘s Johannes Vetsch), the members of the band all played on other musical projects from the Swiss city, some of them released on BOY (on which was also released Elephant Château‘s LP), a sublabel of the influential RecRec Music (home to UnknownmiX‘s albums). Even the picture on the cover reminds us of the Swiss origins of the band, a painting by the country’s « national painter », Albert Anker.

Dreamings is an eight-minute long bliss, an electronic pastoral.