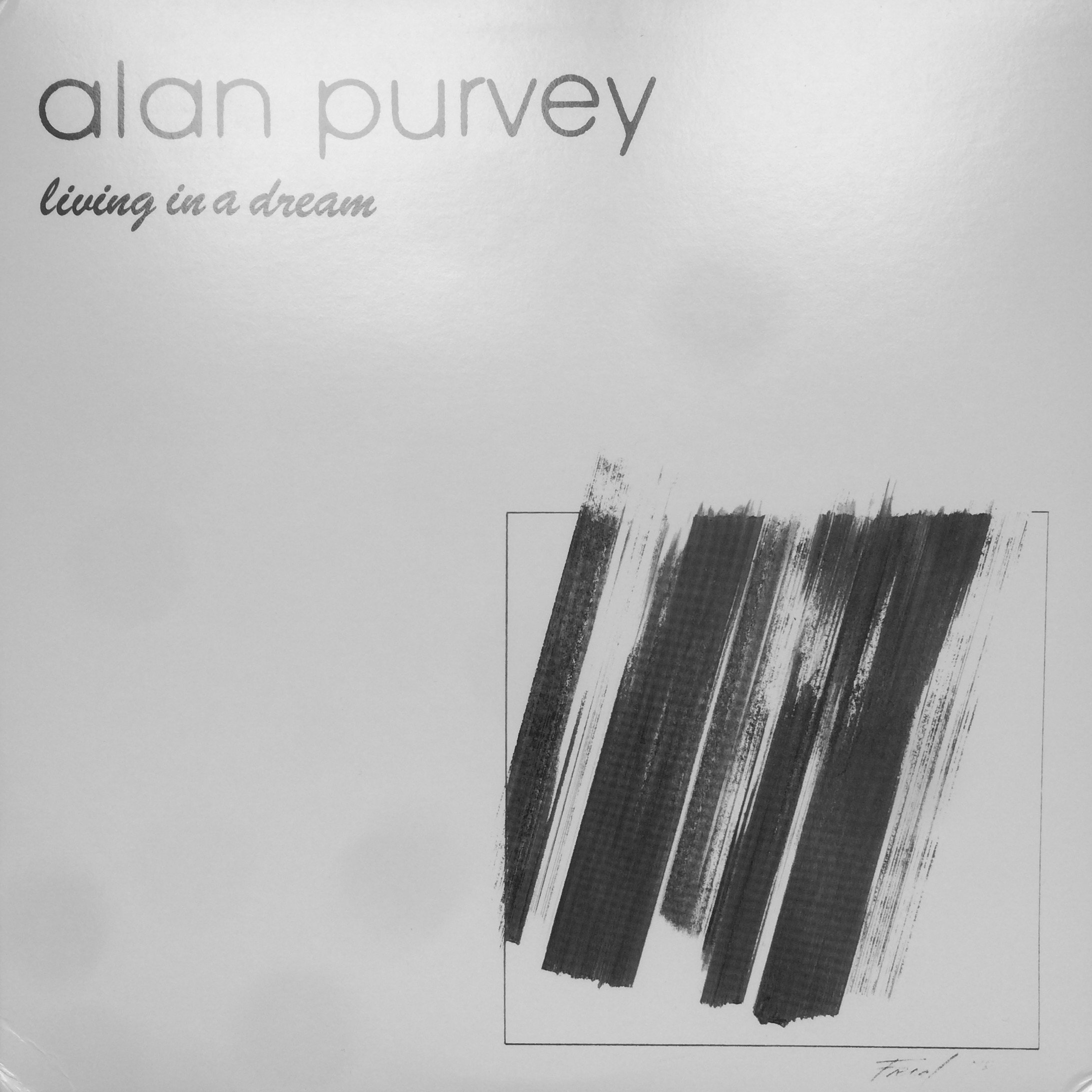 Alan Purvey – Chased By Shadows
From Alan Purvey – Living In A Dream
Released on Curved Air Sound Recording, 1985, US

Without surprise, this privately released LP is the only known recording from Illinois-based musician, Alan Purvey. And, as often with this type of records, the pieces of information and deductions we can dig out from the only available document (the record and its sleeve) are very scarce.

Alan Purvey assumes all the roles necessary to the release of his album, that is to say that Living In A Dream is  composed, arranged, produced, recorded, engineered, mixed, and – last but not least – performed entirely by him, and we have to say that we’re impressed : not only does the whole record sounds very professional, but the music sounds like the one of a proper band! The only parts in which he’s not directly involved are the artwork and the mastering which was done by Stan Getz (not the one you might be thinking about, but his homonym), who’s been in the industry for quite a while.

The music itself belongs, without doubt, to the rock category, ranging from classic rock bits that would suit your average FM station, to prog tunes, emotional wave songs and this gorgeously evanescent and nagging piece, Chased By Shadows.

Chased By Shadows is a spacy AOR ballad with deep synth pads and even deeper guitar chords. The most hypnotic element might be the drum pattern, reminding of Jaki Liebezeit drumming. Purvey’s singing is delightfully nonchalant and a sad kind of beauty emanates from the song, which reflects perfectly its title.

It seems that Alan Purvey is still living in the same place where he recorded Living In A Dream. Hopefully these few words will reach him. Thanks for this beautiful piece of music !