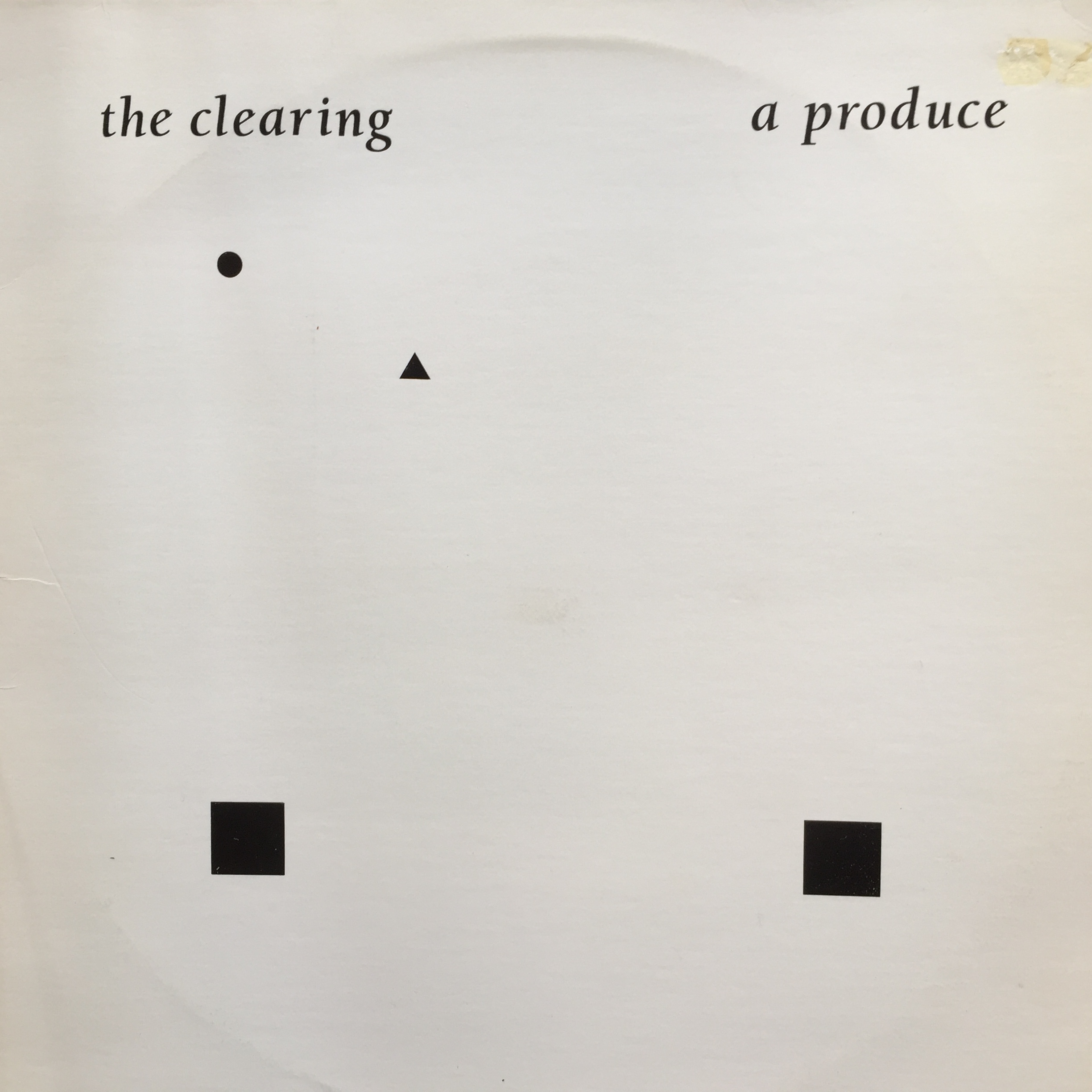 A Produce – Owachamo
A Produce – Pulse
From A Produce – The Clearing
Released on Trance Port, 1988, US

Where do records go to sleep, waiting for someone to pick them up after living a short life as new and exciting records? That’s a question I’ve often come up with and often found myself in front of the oddest answers. For example, how can one explain how this privately released and limited LP recorded in Los Angeles ended up in a bin labeled « bizarre » somewhere in West of France?

Anyway, I’m glad I stumbled across The Clearing, without doubt one of the best records I’ve heard in 2017, a kind of lost « My Life In The Bush of Ghosts Part II » with a perfect balance between arty dance tunes, post-punk songs and contemplative ambient ones.

A Clearing is a standout and very unique LP in A Produce career, standing at the junction between his implication in the dark post-punk dance oriented band Afterimage and what he would call « trance » music, a personal mix of ambient and drone music, distinguishing itself from new age music. We have to say a few words about Barry Craig aka A Produce who sadly passed away in 2011, leaving behind him an historically significant testimony of very little known underground Los Angeles scenes. He released The Clearing (as well as all of his other albums) on his own label, Trance Port, whose name reflects Craig‘s very personal conception of the electronic music he was producing and which – though it bears similarities with what we usually consider as Trance music – is a unique try at crafting meditative music with contemporary technologies.

Amongst all of his albums The Clearing might be the most significant when it comes to documenting LA underground music scenes as it features musicians who were involved in many alternative projects in the city such as Scott Fraser. As Robert Rich pointed out in an article written after Craig passed away, A Produce and its related label has been a hub for experimental LA musicians for many years as Trance Port has been home to experimental music compilations from the « city of quartz » since the early 1980’s.

Here are the notes to the CD reissue :

« The Clearing » was originally released in 1988 in an edition of 500 LP’s. At the time, I considered it to be “an album of conceptual space.” It was also very much a transitional album having gone from playing guitar in the “dark dance band” Afterimage in the early 80’s to where I was headed musically and creatively in the 90’s on up to the present.
The notion of the Trance Port label also evolved in the early 80’s, first as a cassette releasing label of what was evolving as the “L.A. underground” music scene. Many of the artists I met during that time appeared on the two L.A. Mantra compilations issued on Trance Port during those years.
Many also appeared on the tracks of « The Clearing » project. I am thankful for those artists’ varied contributions on this album. It would not have turned out as well and as interesting a project without them.
After release of « The Clearing » LP, I began to drift into more space/ambient realms. Some of « The Clearing »’s original tracks have appeared on later compilations of my work. This is the first time the entire album has been rejoined as the whole it originally came from. An added “lost” track has been included on this CD release to complete the experience. For this release, all track tracks have been remastered by Loren Nerell and myself. – Notes by a Produce