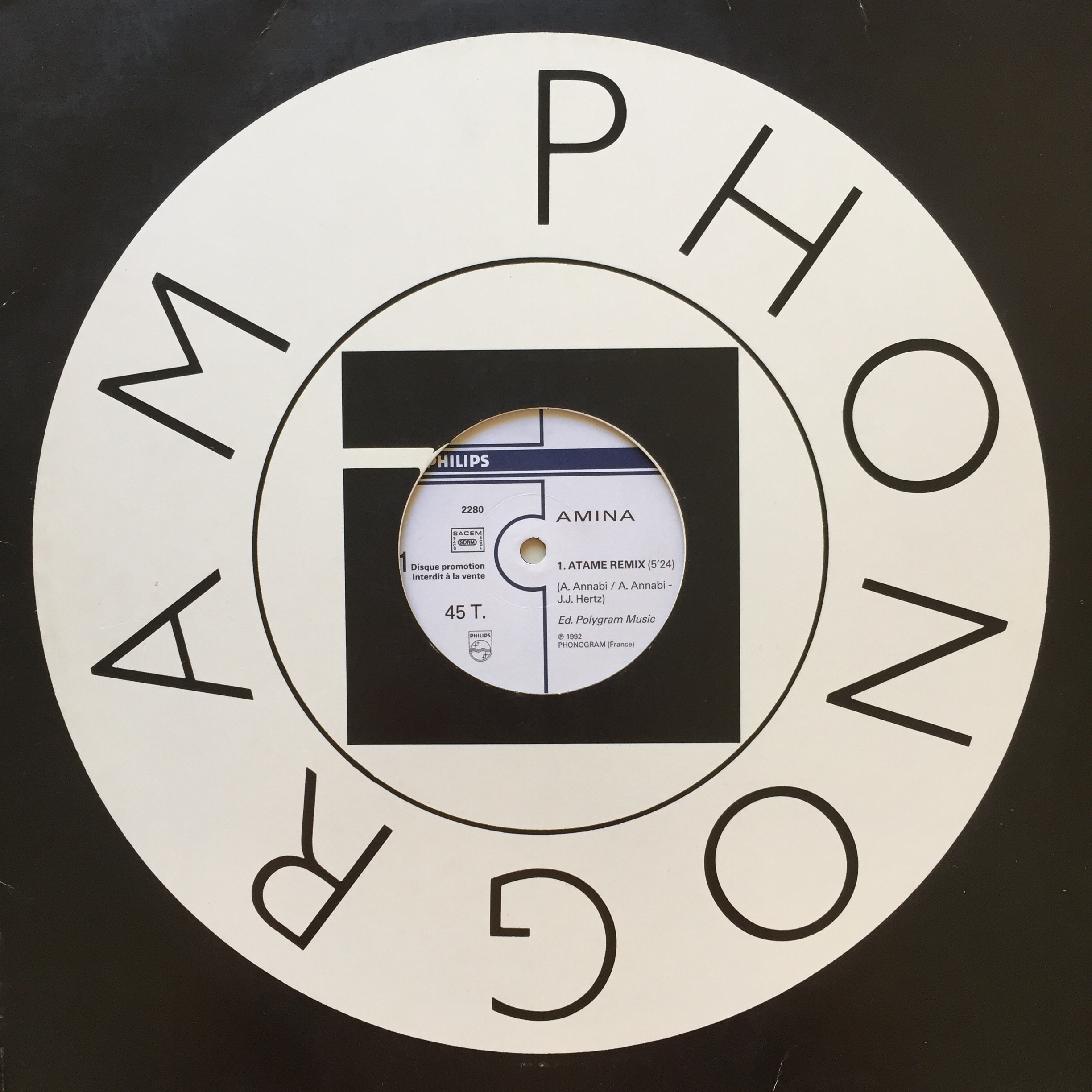 Here’s a new chapter in our random exploration of Euro House  – or should I say French Euro House? But, considering that it’s been recorded by Tunisian and Senegalese musician in Paris, does it make it Tunisian-Senegalese-French “Euro” House? What does Boris Johnson think about it ? I personally don’t feel concerned about this geographic-related name issues…

What I feel concerned about is to name a few of the musicians involved on this record, and whose names, as a matter of fact, are tightly bound with French Ethno Pop sound that would take over the airwaves in the late 1980’s: Amina, of course, but also Wasis Diop or Tony Allen (who’s not playing on Atamé, but on the single’s B-side, Ezzayakoum) to name a few. Actually, Amina was a star in France, singing at Eurovision after releasing a best-selling debut album in 1989. Wasis Diop is a much more discreet craftsman of this 1990’s « world » fusion sound, whose most famous work might still his soundtrack for his brother’s masterpiece, Hyènes by Djibril Diop Mambety (highly recommended!).

The making of such a remix had obviously no other artistic intention than to create a club-oriented promotional tool for Amina‘s second album, filled with early 1990’s house gimmicks – and the appeal of this remix is probably the same today as in 1992: to allow DJ’s to play this great – but quiet – song in clubs. Nevertheless, it’s loud, well mixed, full of clever hooks and successfully highlights the misty and eerie atmosphere of the original song. Well done Erwan Le Marc, your only remix will still be heard in 2019.